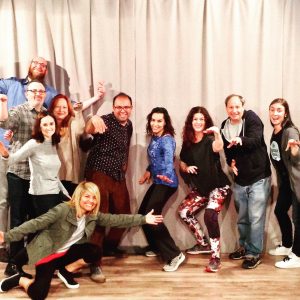 SAVE THE DATE! I’ll be performing live improv with Meow Woof! Improv

Come on down this Sunday for our monthly frolic at the Lounge Theater! Have a few laughs and maybe a

Thanks to casting director, Natasha Ward, I will have a role in her brand new series, “Heaux P